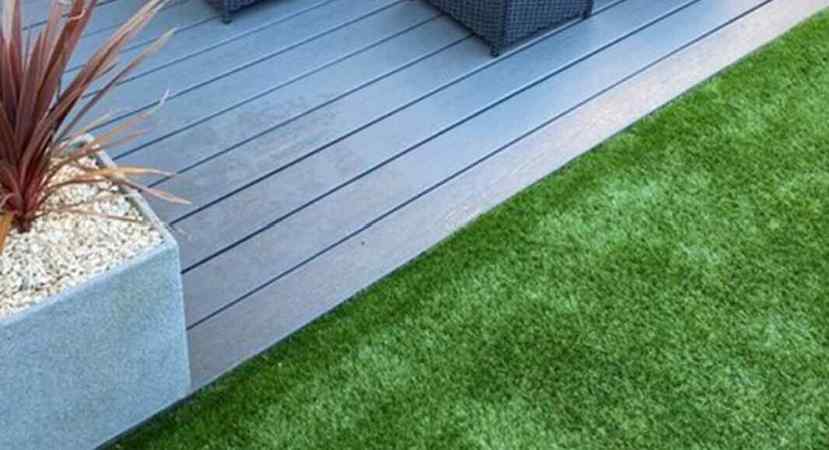 Does Composite Decking Get Mould?

What Is Decking Mould?

A mould is a fungus. This fungus does not exist alone, but grows in the form of multicellular filaments called hyphae. Another way to see mould is as a multicellular, microscopic fungus that helps nature decompose dead organic materials found in the environment. Mould spores float in the air regularly until they find the right spots for them to germinate. That spot can be your home furniture, your decking or fencing. One mould land on your decking or furniture; it will feed on the organic materials in it, like lumber and leaves.

The problem with mould is not just with discolouring or creating dark spots on the decking or fencing. Mould will eventually lead to decay and might cause serious damage and safety issues with your decking. Remember that mould growth is responsible for decomposing organic matter in the environment. Once it reaches your decking and finds lumber or lumber products, mould wonâ€™t stop until it has finish decomposing.

Will Composite Decking Get Mould?

But is composite decking resistant to mould? Plastic wood decking contains wood dust and plastics as its primary constituent. As a composite, plastic lumber decking is stronger and better than timber, hence the assurance that it will defeat most of the woes of wood. But mould is no ordinary woe. Mould attack anything organic on the surface that it comes in contact with it. If mould reaches the surface of your decking, it will attack the wooden part and destroy it. Remember that plastic wood decking is a mixture of timber and polymer. The timber part is exposed to the elements after you have installed the decking.

When mould reaches the composite decking, the wood becomes a hot spot that supports mould growth when the weather is damp. Eventually, mould will enter the crevices of plastic wood decking and cling to the timber part and begins to decompose the decking. This will subsequently cause dark spots on the surface of your wood-plastic composite decking. Note that this will happen to the old-generation composite wood decking. The newer-generation plastic wood decking is quite different from the old one and has an extra protective shell on its surface.

Does composite decking get mould? That depends on whether you install the newer generation decking or the old one. You should install a composite decking that has a protective shell on its surface that conceals the wooden part.

What Is A Composite Decking?

What Are the Different Methods of Installing Composite Decking?

What Are the Different Types of Composite Decking?

How to Maintain Composite Decking

What Are the Pros and Cons of Artificial Turf UK?

Can You Lay Artificial Grass on Uneven Ground?

What Are the Best landscaping Materials to Use in the UK?

What Should I Look for When Purchasing Synthetic Turf?